Just before Christmas, the first batch of Nissan NV200 taxis made wheelchair-accessible by BraunAbility, of Winimac, was delivered to New York City.

The customized taxis developed by the northern Indiana-based Braun Corp. addresses New York City’s longtime debate over increased access to accessible taxis in New York City. A year ago, a law was passed there requiring 50 percent of all the city’s taxis to be wheelchair-accessible by 2020.

Braun expects to eventually provide about 7,000 Nissan wheelchair-accessible taxis for New York City, with the product in development for three years before its launch last year, according to Jake Craig, national accounts manager for BraunAbility’s taxi sales in North America

“We’ve been gearing up for this for some time,” Craig said.

In those years, Braun has been transitioning personnel for the project with a dedicated production line in Winamac which will deliver as Nissan demands, he said. New employees will also be added as demand dictates.

“Washington, D.C. is pushing for it (50 percent taxis wheelchair-accessible) now and Philadelphia will be a hot spot in the next year or so,” Craig said.

While Braun has no exclusivity with Chicago’s taxi fleets, a great number of the wheelchair-accessible taxis in Chicago have been Braun produced, he said. He expects Chicago will be upping its percentage, now at 20 percent, in the next, few years as well.

BraunAbility employs more than 800 people in Indiana, with most at its headquarters and main production plant in Winamac. It employs 200 other people around the world.

In 2013 it announced plans to invest $7.5 million more in its Winamac production plant to convert additional Dodge, Chrysler, Honda and Toyota minivans. It also installed a new production line to convert trucks and SUVs.

The BraunAbility customized Nissan NV200 taxis become part of the Taxis of Tomorrow program set to start in April by the New York City’s Taxi & Limousine Commission. It calls for most retiring taxis to be replaced with Nissan NV200s and to significantly boost the number of wheelchair-accessible taxis in the fleet.

Based on the Commission’s guidelines, the Nissan NV200 will be the sole option for Manhattan yellow taxis not being replaced by a hybrid or an alternate wheelchair-accessible vehicle (WAV), Nissan spokesperson Travis Parman said. Nissan opted to work with BraunAbility, the global leader in automotive mobility, he said.

According to Braun’s Megan Wegner, Nissan’s NV200 is a compact cargo van already on the streets of New York City. BraunAbility made it accessible by providing a rear-entry ramp that folds away when not in use, so the vehicle can be used by both disabled and non-disabled passengers.

The rear-entry ramp allows wheelchair passengers to safely enter and exit out of the way of busy New York City traffic. It has an integrated restraint system to quickly and easily secure wheelchairs and scooters.

Parman said the Nissan taxi is the only taxi that leaves the factory with the installed partition designed to ensure no safety features are compromised by after-market installations.

Braun Corp. was founded by Ralph Braun who grew up in Winamac and was diagnosed with spinal muscular atrophy and in a wheelchair by 14 years of age. He died in 2013 at the age of 72.

Born into a family of men with their heads under the hood of a racecar or working on a motorcycle, Braun did what came naturally. He first developed a battery-powered scooter to increase his mobility and later a wheelchair lift for his van. By 1973 he established his business and a factory in Winamac.

Note: This story has been updated to correct the name of the company founder.

How I Did It: Ralph Braun of BraunAbility 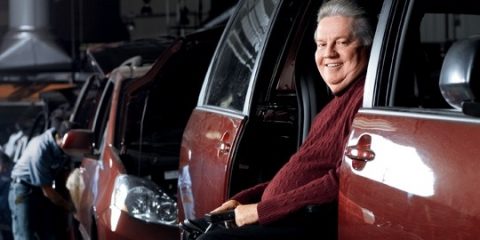 GETTING IN GEAR Braun at 22 on his first electric scooter, which he built in his cousin’s farm-equipment garage. Ralph Braun, founder of BraunAbility, has spent his life thumbing his nose at spinal muscular atrophy, the disease that put him in a wheelchair. A born gearhead, Braun got moving again by building a battery-powered scooter and, […] 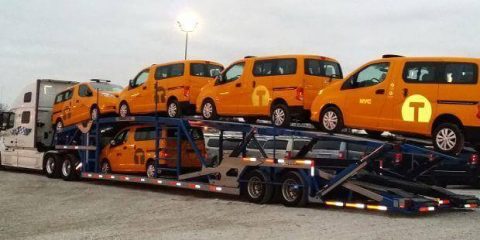 Just before Christmas, the first batch of Nissan NV200 taxis made wheelchair-accessible by BraunAbility, of Winimac, was delivered to New York City. The customized taxis developed by the northern Indiana-based Braun Corp. addresses New York City’s longtime debate over increased access to accessible taxis in New York City. A year ago, a law was passed […]

Product Feature: The CompanionVan Plus

BraunAbility introduced the CompanionVan Plus (CV+) in 2014, and it’s proven to be an excellent match against products offered by Internet-direct sellers. The major advantage of the CV+? A low, low conversion cost with the advantage of a power ramp. Other major benefits include:  Wheelchair passengers can ride in front or middle row Available in standard or XT […] 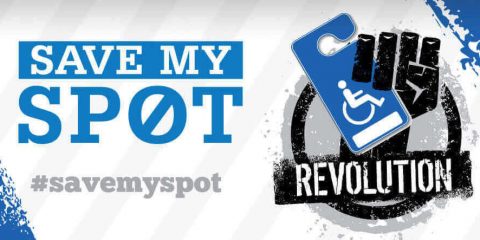 Respect the Stripes! We know our customers constantly struggle with handicap parking abuse, specifically the misuse of the striped area designated for wheelchair accessible vehicle ramps. BraunAbility products give mobility freedom back to the disability community, but when a parking spot or striped space is blocked, that freedom is instantly taken away. This video explains the importance of respecting these spaces. Please […] 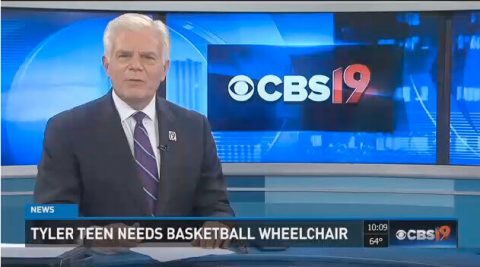 TYLER (KYTX) – A Tyler teenager has dreams of playing professional basketball one day, but he’s got some significant challenges. With your help, he may be able to reach his goal. “I played basketball through high school and everything so I really loved the sport,” said Austin Griffin, needs a basketball wheelchair. Griffin fell asleep […]

Jesse Billauer and His BraunAbility® MXV®

Life Rolls On founder Jesse Billauer is the proud owner of a BraunAbility® MXV® equipped with a B&D 6-way transfer seat base, which allows him to drive completely independently. See a glimpse of Jesse’s day-to-day life with his new BraunAbility MXV. Life Rolls On was founded to assist and inspire young people affected by spinal cord […] 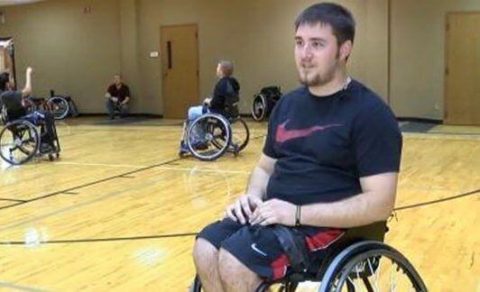 TYLER – Every 19-year-old dreams of a new set of wheels, but Austin Griffin’s idea is a little different. CBS 19 first shared his story in April. “When I was on my way to work at about 3 in the morning, I ended up falling asleep behind the wheel,” Griffin said. The accident left him […]

When 12-year-old Alexander Knoll saw a man in a wheelchair struggle to get through a heavy door in his hometown of Post Falls, Idaho, he was struck with an ingenious idea. What if there were an app or website that could communicate to persons with disabilities which stores in the area had automatic doors? And […]

The Tyler Thorns finished second in the Jon Duncan Memorial Tournament on Sunday. There were five teams involved in the tournament — one of them being The University of Texas at Arlington’s women’s wheelchair basketball league. The Thorns is a member of the My East Texas Adaptive Athletics league, a resource for the disabled community […] 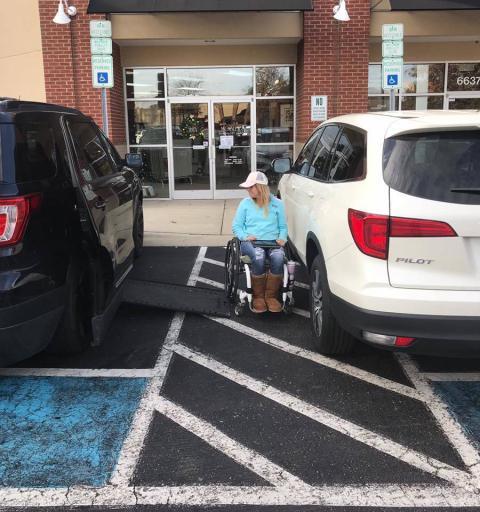 A woman’s Facebook post about parking etiquette is going viral and her message is one we all should remember. Most people already know that it’s wrong—not to mention illegal—to park in a spot reserved for people with disabilities if they don’t have a disability parking placard. But what they might not realize is that it’s also important to park in those […] 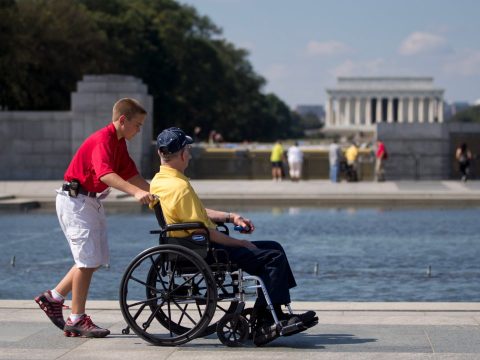 Washington D.C. There’s no doubt that the United States is one of the best countries to travel to. After all, there are 50 states available for exploration. But not all states or even cities are created equal, especially in terms of providing facilities for those with disabilities. INSIDER found some of the most accessible cities the […]